A Message From the Director 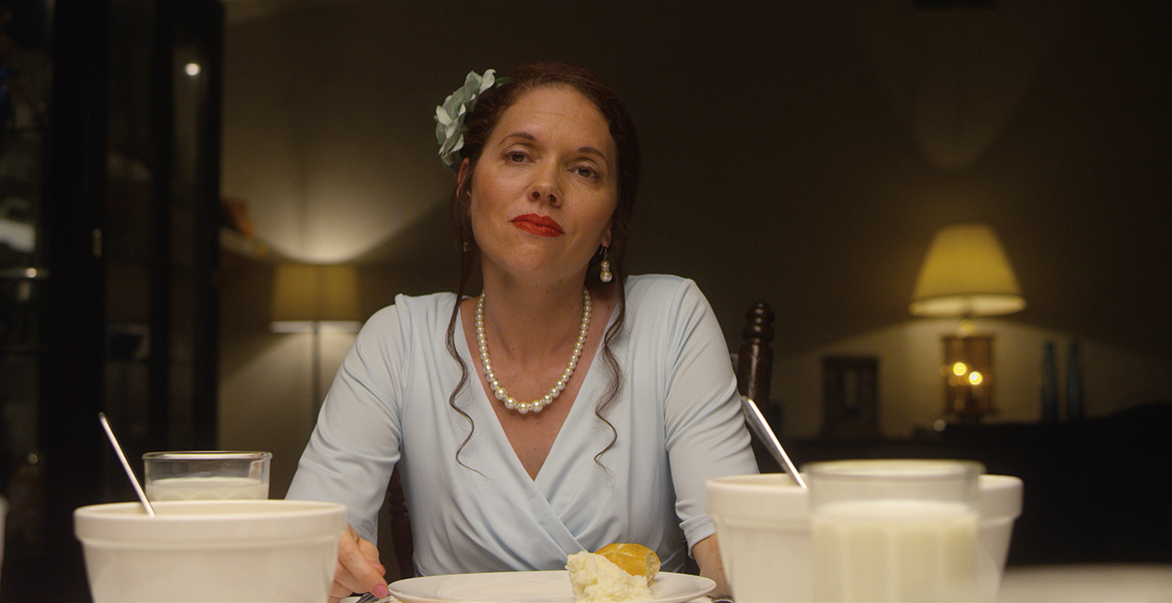 It’s been just over a month since we wrapped production on Family Night, and I have been decompressing and wading through all of the post-production logistics, but I wanted to take a moment to update everyone on how things are going with the film. I got to view the rough cut of the film a week ago and I couldn’t be happier with the direction the film is headed. The talented Simon Myers is our editor/colorist, and he is hard at work on taking what was filmed over a crazy couple of days, and making it be a cohesive, and hopefully captivating film for our fans. Once we get the final cut of the film, our amazing Composer and our Sound Designer will get to take their turn on post-production for the film. I am so excited to get to share it with everyone, which is why I grabbed a quick shot as this blog’s photo. Yes, this is me as the “Mom” in Family Night. This shot isn’t edited for color, but just a quick grab I got while I was scrubbing through video. In addition to some great BTS shots we got from our still photographers, Tony Ramirez and Lauren Brown, I will be sharing more screen grabs with you, especially after I get the final cut of the film.

I wanted to say thank you again to EVERYONE who helped make this dream a reality. So many people, volunteers, friends, family, and our amazing cast and crew were involved in taking Family Night from only being a thought in my head, to actually being something that will be shown on a big screen one day. Until you’ve made a film, you have no idea how much each step taken towards a finished film is truly a multi-faceted collaboration of creative and passionate individuals. The list of people who were a part of making this film is longer than I could have imagined, but I am truly grateful for each contribution.

And, for yours truly, this film was such an incredible learning experience. As an actor and director, to take on something like this and to produce it, in addition to everything else makes me appreciate all of those other creatives out there who do this every day! I think after making this film, I am probably 3 inches shorter and have many more grey hairs, but when my head is fully grey I’ll be able to say, “I MADE A MOVIE!” I had a dream to make my own film, and I did it!

If you have a dream, go after it… Don’t let life pass you by without living your passion. It seems cliche to say, but “where there’s a will there’s a way!” If you want something badly enough, then don’t let yourself get bogged down by the “how” something should happen. If you are persistent and you keep on pushing, the “how” will get figured out. I didn’t start this project knowing “how” I was going to fund it, coordinate it, and do even half of the things that needed to get done. But I wouldn’t give up, and the “how” got figured out in some pretty awesome ways. If you are living your passion and pursuing your dreams, all of us here with Family Night would love to hear about it in the comments.