It’s been a long time coming! 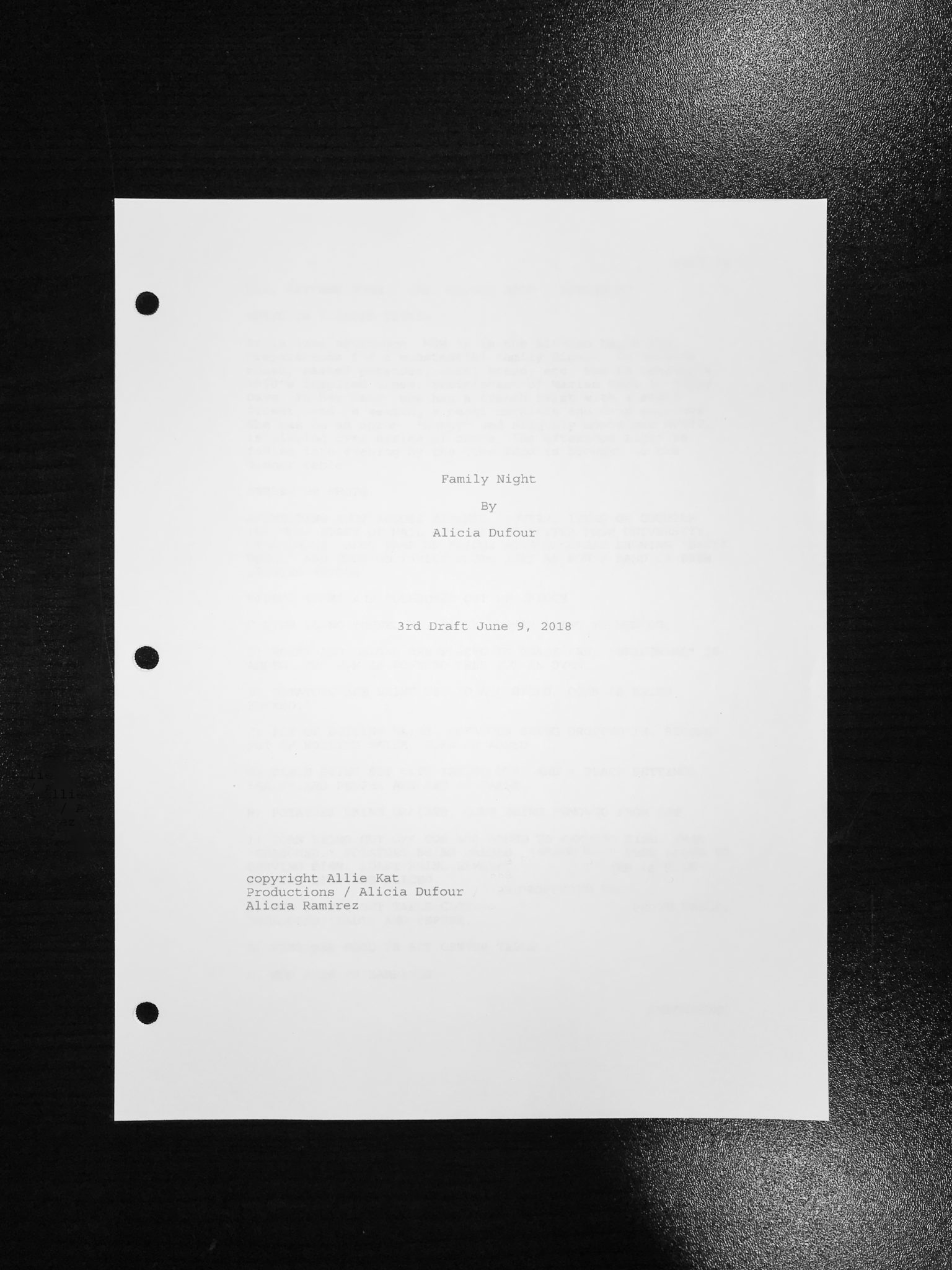 Family Night has been a passion project for writer/director Alicia Dufour that was started nearly 3 years ago. Frustrated with the types of parts she was finding to audition for, and wanting to create a character that would showcase a broader depth of skill, Alicia wrote her first short film screenplay to introduce a character who’s perceived abandonment by her family pushes her to take drastic measures to ensure she won’t be left alone.

New to screenwriting, Alicia spent several months researching how to write a screen play, then started outlining her story. And as it often happens in life, Alicia was pulled into another project and she temporarily shelved her own for a time. She came back to it in early 2017, and with a finished script in hand, began having her industry director/writer friends review it, readying herself for constructive criticism on how to alter and better not only the technical aspects of writing, but also on how to make the story stronger. What she received instead, was an overwhelming positive response from colleagues, who were not only intrigued by her vision, but were eager to be a part of the project.

The goal was to go to production in Fall of 2017, but Alicia began experiencing health issues that put all of her creative interests on hold. After many long months of battling her health, she had surgery in Feb 2018 and made her main goal for the remainder of the year to get healthy enough to make her film a reality. There have been many steps along with way, but now is the time. Family Night, the film, will be going to the production in Fall of 2018!

Stay tuned for more updates, blog posts and announcements about the film, its cast and crew, and the journey of a film from start to finish!